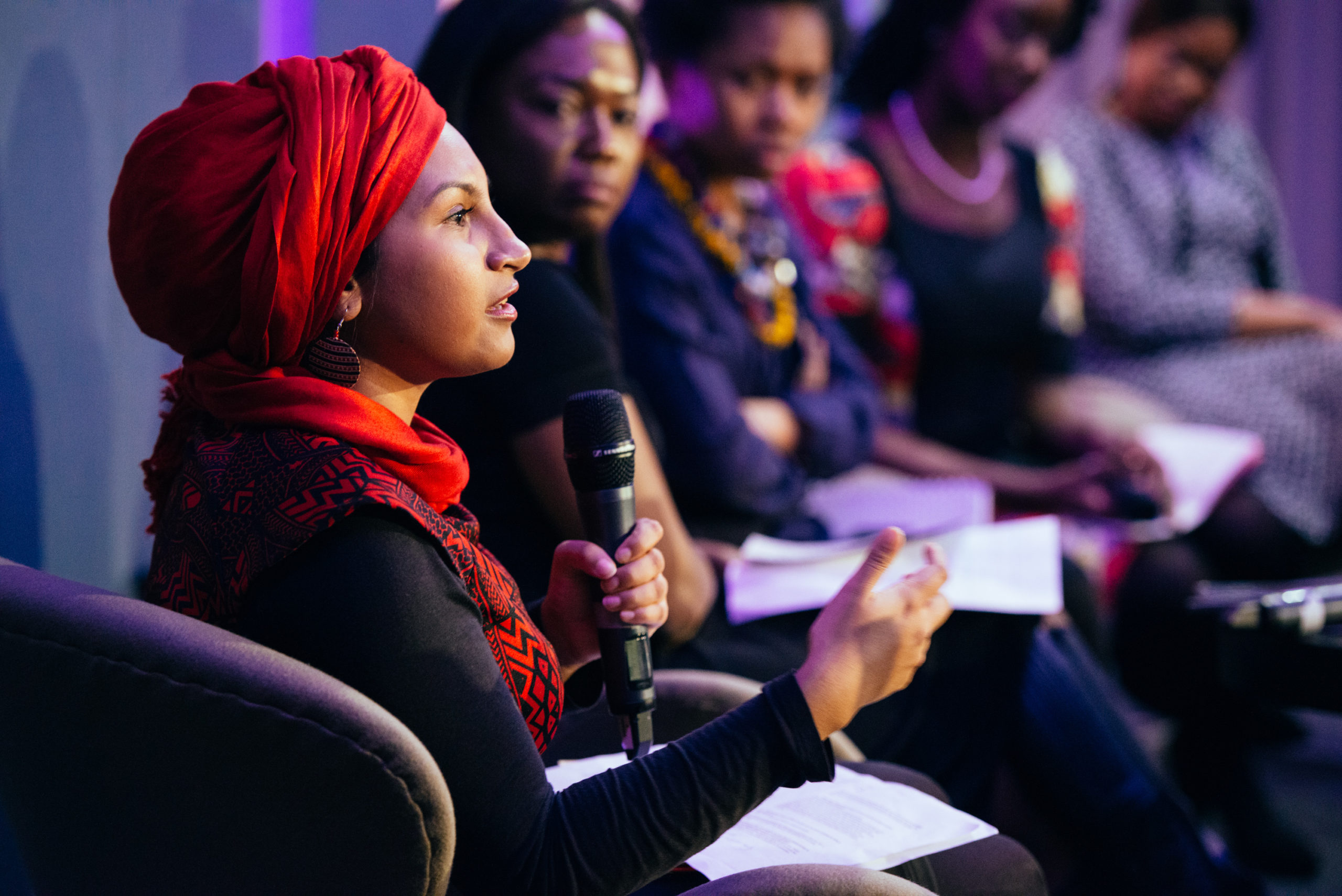 The South African Constitution stipulates that every person, of every gender, race, ethnicity, religious belief and overall demographic has the right to equal access to education and opportunity. I, Khahliso Myataza, solemnly believe that the meaningful representation of womxn, in every space, at any given time is inherently crucial for the sustainable development of the continent at large.

It is essential to enhance femxle leadership because, equitably involving womxn and men alike, would allow for a multifaceted view of a crisis and of any issue that arises. Gender-based violence is a crisis. Climate change is a crisis. The COVID-19 pandemic is a crisis. The poverty in Africa is a crisis. In each of these crises, womxn of different intersectional identities are disproportionately affected.

The non-equitable representation of womxn within places of power is the reason why the country is not able to make significant strides in the fight against the rape. The COVID-19 pandemic is a perfect example of why the enhancement of femxle leadership is necessary during as well as beyond these periods. Including womxn as leaders only for these periods would be unfair as this insinuates that womxn are only there to fix a mess that people who did not want to include them made. It is essential to enhance femxle leadership in crisis periods because, equitably involving womxn and men alike, would allow for a multifaceted view of a crisis because, in each of these crises, womxn of different intersectional identities are disproportionately affected. The socio-economic wellbeing of African citizens will be further severed if no significant strides are taken to make sure that womxn and non-binary individuals are equitably represented.

In endorsing young femxle leadership, I hope that this will have a positive effect on the GBV laws, climate change, economic and socio-political state of our continent. African governments need to show their support to the need to increase and enhance the number of womxn in leadership positions. Therefore, to solve issues such as unemployment, the move to a green recovery, gender-based violence (GBV), poverty and the substandard education system, Africa must amplify the voices of womxn of all walks of life.

To enhance femxle leadership, Africa must start from a grassroots level. First and foremost, Africa does not lack femxle leaders. Femxle leaders just lack a platform. Womxn and girls are leading already; we just need to be listened to and given a platform. To enhance female leadership the international, national, provincial and, the municipal governments need to ensure that they scout these leaders who have a grassroots understanding of the crisis. The education system needs to raise femxle leaders. To have femxle leaders, you need to raise femxle leaders. Africa needs to prioritise gender equality in education. This must be done to prepare and educate the nation for the shift in the disproportionate representation of womxn in leadership spaces. Through educating people non-formally, informally and formally, you can teach womxn about their leadership potential while also teaching men that womxn deserve to exist in these spaces.