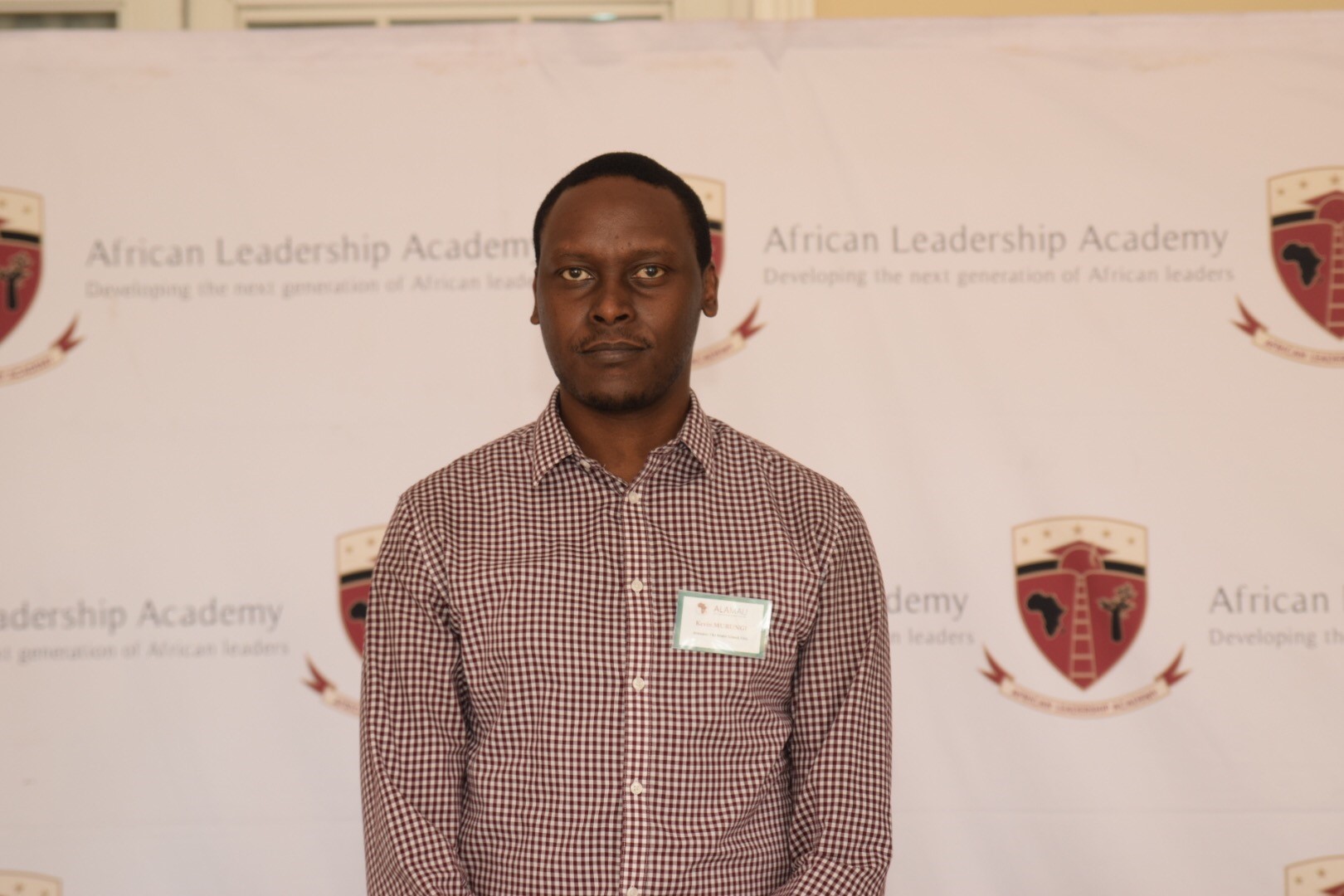 People think that ALAMAU stakeholders are delegates and staff only, but actually advisors play a huge role in making the conference a reality. To help you understand this better, we decided to speak Mr. Kevin Murungi, an International Education and Human Rights Policy and Advocacy Professional, and one of the three advisors of students from the Avenues: The World School, New York USA.

We hope that Mr. Murungi’s perspective on ALAMAU 2019 will inspire you (and potential advisors) to accompany future delegates and benefit from their own journey at the conference.

Mr Murungi, thank you for joining us. We would first like to know what Avenues School is and what role you play?

The mission of Avenue’s world school is to give the youth the necessary tools to become worldwide citizen who are uniquely equipped to understand and solve global scale problems. My role is to assist the Avenues students in their collaboration with students from other parts of the world to deal with these complex problems.

How a typical day in ALAMAU looked like for you (as an advisior)?

On a typical day, I engaged in faculty advisory sessions about pedagogical approaches in teaching in Africa. We started to break down some misconceptions people had on education in the continent. We shared useful skills on how to better serve our students as educators and help them understand how to be the servants of the world.

In your opinion, what differentiates ALAMAU from other events?

The attention in making sure that every delegate is set up for success, by providing the study guides, and communicating updates. Some of the similar conferences I have attended are so huge that student can get lost in the flush. At ALAMAU, everyone has the chance to engage equally, thanks to the multiple committees the conference has. Also, the Press Corps committee is a valuable addition as folks update those who missed on certain parts of the conference by conducting interviews and writing articles in the ALAMAU newspaper. It is clear that the conference is all student-led and student-run. That is an important thing to me as an educator and it proves students have the skills and the ability to put together remarkable works, which perhaps even adults cannot do.

What do you think should be modified or added in the next ALAMAU editions?

Participant schools should have their students more prepared for the conference setting. Prepare sessions for them to get a hold of the procedures and conduct deeper research on the topics they are discussing in their committees.  That’s to meet up with ALAMAU’s preparations for the sessions. Also, as an African educator bringing American students to talk about issues here, I think it is a great opportunity for them to know more about a continent that has always been interesting, but not getting enough attention globally. So it would be an important step for ALAMAU to have more students outside of Africa involved in the conference, but not just from the USA. What about a Norwegian school coming here for example?

What are you most excited about for the remaining days of conference, or maybe as you go back to the USA?

How we can use what we have learnt here so that our delegates educate their peers back home about the issues present in African countries. We hope to implement something similar to ALAMAU on our campus since the global issues unpacked here, although they affect Africa strongly, impact the USA and other parts of the world and are interested in critically and effectively tackling them.

Finally, what is one notable impact that ALAMAU had on your advisees or other delegates?

We do reflection every night with our group. One of our students said that all humans share the same concerns, despite their different nationalities. ALAMAU gives its delegates the chance to get rid of the misconception that foreigners should ‘help and teach’ Africans to develop better conditions. Today, our delegates are sharing and collaborating with their peers to ensure they have a successful learning journey during ALAMAU 2019”

When most people think Press Corps, they think of young people who know how to write and take pictures. However, that is not the case especially this year. For our “Press…What?” series, we decided to speak to Nduta Mwangi, the Director of Finance for ALAMAU 2019 who worked in the Press Corps this year.

What made you join the Press Corps Team?

My job with Finances requires minimal interaction with people (I am mostly behind a computer punching in numbers). After Mr Faith called that I come to help with Press Conferences in the Press Corps team, I was eager to join as I would have the opportunity to interact with more people.

What have you enjoyed about Press Corps?

What is one misconception about Press Corps that you would like to dispell?

That it is boring and that it is not a real committee. I do agree that Press Corps is different than the committees, it is very relevant and has equally more demanding responsibilities. Also, there is so much you can learn from Press Corps. You just have to be willing to learn and be active.

There you have it. From our interview, we concluded that Press Corps leans highly on skill (writing and video captureing) but it is majorly held by attitude. If you seek to learn and make the best of your experience, you will learn how just as much as you would in a normal committee.

Today, our delegates are sharing and collaborating with their peers to ensure they have a successful learning journey during ALAMAU 2019”