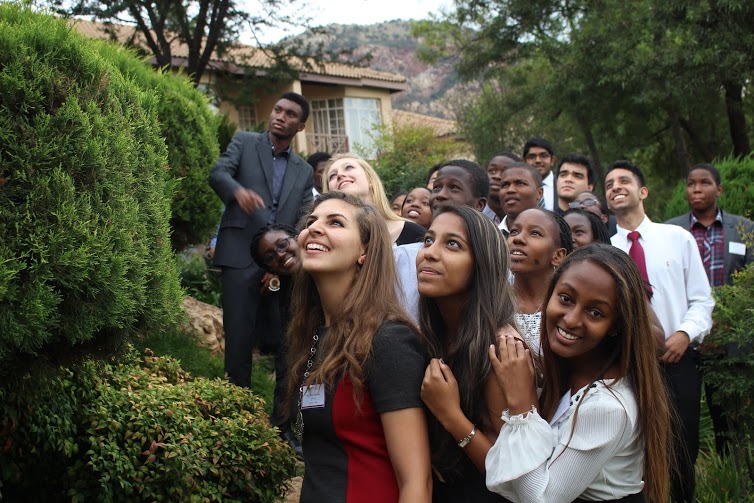 Model African Union (MAU) is an educational formation around diplomacy and how the African Union functions. This type of event started in the 1920s as a Model League of Nations conference. Since then, thousands of high schools around the world have adopted it. It soon became not only about the United Nations, but a lot of other organizations such as the African Union or the European Union started having simulations (MAU or MEU). It became necessary for every young student passionate about diplomacy, debate, and international relations to participate in such an event. For us to understand the essence of this event, we have to answer questions such as what does it mean to be a delegate, and questions around diplomacy.

African Leadership Academy (ALA) MAU originates from the strong sense of discomfort because of what is happening in the continent, Gordon Olemo said. Gordon Olemo is the chair of the African Commission on Human and People’s Rights. In an interview with him, he confirmed that the purpose of ALAMAU aligns with the mission of ALA, which is developing a generation of African leaders able to transform Africa and address its challenges. When asked the same question (what is the purpose of ALAMAU) Shiba Kalpakovic, member of the International relations Council at ALA, affirmed that it is an opportunity to design a better Africa through the resolutions that delegates come up with.

African politicians launched the Organization of African Unity, which changed to the African Union, with the hope of maintaining peace and prosperity, solving issues, and innovating new plans to transform the continent. Simulating that organization is a demonstration of how young Africans think about resolving the issues that the continent faces. The act of negotiating, representing your country’s position, equalizing your national benefits with what the continent needs, is what diplomacy is about. Olemo pointed out: “Negotiating is your first and most important duty as a diplomat; you should represent your country’s interests, and your personal convictions should take the back seat.” If you are a delegate at ALAMAU, you should be prepared to conduct full in-depth research about your allocated nation, looking at its past, present, and futuristic agendas.

However, being an ALAMAU delegate is not only about practicing diplomacy. In our interview, Shiba made it clear that you will have the opportunity to design solutions for the issues that the continent is facing, and the first step to take is to shift our concerns to African affairs. From issues such as preventing and combatting terrorism in Africa, to more specific matters such as the Western Sahara conflicts, you will have the chance to navigate and solve the continent’s disagreements. Moreover, besides researching and debating, you will have the opportunity to stay in a luxurious hotel with enjoyable food, a trip to South Africa with a visit to the ALA campus,  Olemo said, and also create a fantastic network of individuals who have aspirations of transforming the continent.