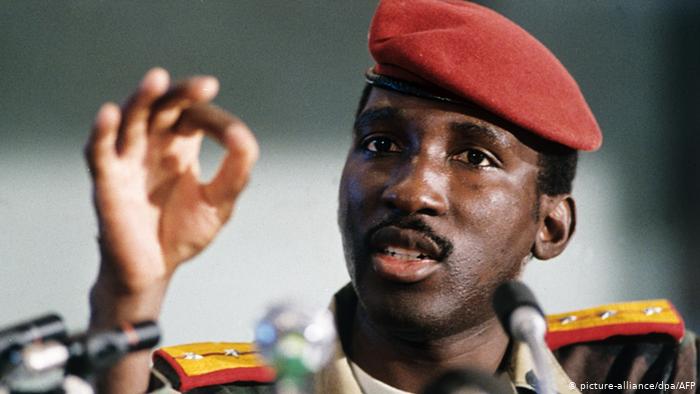 Thomas Sankara was a military officer, revolutionary and anti-imperialist who was born on 21st December 1949 and was assassinated on 15th October 1987. He served as the president of Burkina Faso from 1983- 1987. He was a strong opposer of neo-colonialism and imperialism and expressed his opposition through his teaching and the implementation of his national policies. Sankara orchestrated national policies that promoted self-sufficiency and independence as well as suggested foreign policies that discouraged imperialism and neo-colonialism. Rather, he advocated for African unity and joint prosperity of African countries.

He made numerous breakthroughs in terms of economics, education, healthcare, transportation, women’s empowerment,  and many other sectors that helped Burkina Faso thrive. He desired a country that would be able to rely on itself for its economic needs. I believe that this was the motivation behind the mass production of Cotton that went on in Burkina Faso during his tenure. He once had a conversation with the youth to this effect where he discouraged people “wearing brands like Levi’s or shirts from foreign universities e.g Harvard because they did not contribute to the nation. He ensured that all public servants were mandated to wear clothes from Burkina Faso’s cotton. He went on to advocate for inter-continental trade amongst African countries. His aim was for African countries to contribute to each other’s economy and eradicate the dependence on colonizers for resources. He did this through the Addis Ababa club. I believe this is a policy that African countries could adopt to achieve sustainable economic growth. African countries should take advantage of the resources that they have at their disposal and use the labour force available in their countries to productively exploit their resources. African governments should also promote the ideology of Africans investing in domestic projects and resources like Sankara did through public servants. Africans should be encouraged to extract and refine resources at their disposal to contribute to economic development. Intercontinental trade should also be heightened in order to harness Africa’s economic potential. This, like Sankara suggested, will discourage neo-colonialism and ensure simultaneous growth in African economies. African countries could also take it further by considering the diversification of sources of income in terms of resources and focus on numerous streams of resources that could generate revenue.

In terms of healthcare, Sankara’s polio and meningitis vaccination program was one of the most successful vaccination campaigns in Africa to date. This program saw “2.5 million Burkinabe people getting vaccinated in a week which was a breakthrough for health care on the continent. Unfortunately, we rarely see efficiency in African healthcare. Over the past few months, we have seen the COVID19 pandemic rampage the world. Implementing such vaccination and health care policies would be important considering the dispersion of the COVID 19 vaccine In terms of environmental policies, he discouraged desertification by carrying out an afforestation campaign called “One Village, One grove”. This project involved Sankara encouraging every town in Burkina Faso to mark social occasions by planting trees, starting with the capital city Ouagadougou. He managed to reach great heights in terms of his afforestation plan, this is because about 10 million trees were planted in Burkina Faso in about 4 years. This has contributed to the landscape of Burkina Faso today. This is one of the many environmental policies African Leaders could adopt in a quest to do their own part in combating climate change.

Women Empowerment was another policy that Sankara was very involved in. Sankara was one of the first heads of state to advocate for women’s involvement in the labour force and to give women ministerial positions. He advocated for gender equality, especially in the workplace. Unfortunately, such ideologies are not expressed in certain parts of Africa today. We still see practices like gender marginalization, female genital mutilation and wage gaps discriminating against African women. African leaders should implement policies and create opportunities to protect women from the ills of gender inequality and create opportunities for them to thrive as equals to men.

Apart from his innovative and commendable policies, Sankara was also a legend for his leadership traits. Sankara was an incorruptible man that stood by his values. He made it a mission to prevent corruption by fishing out all corrupt government officials and subjecting them to legal actions. He stood by his morals to the end. We especially saw this when he refused to jail Blaise Compaore because he had to remain loyal to a seemingly non-existent friendship. One could even argue that Sankara’s strong moral standings got him killed. However, in Africa today we rarely see leaders that are ready to stand for the right thing and fight corruption. As a matter of fact, many people would argue that in African countries today the greatest source of corruption would be the government. African leaders can only break the cycle of corruption and poverty that exists in Africa by taking the sacrifice to stand up for what is right without fear of consequence.

Sankara, in my opinion, still remains one of the greatest leaders Africa has had to date. He set a new status quo for himself as a leader and did not subject himself to the shackles of submission to the colonizers through neo-colonialism and continued imperialism. He also showed everyone in Africa at the time and even now that it is possible to achieve great things like mobilizing the labour force, afforestation, gender equality and self-sufficiency on the African continent. He created a new reality for the continent. These are things I think all leaders need to implement in terms of setting higher standards for themselves and breaking boundaries. His story is one I have definitely learned from and I hope to impact that kind of change as a woman in politics on the continent one day.