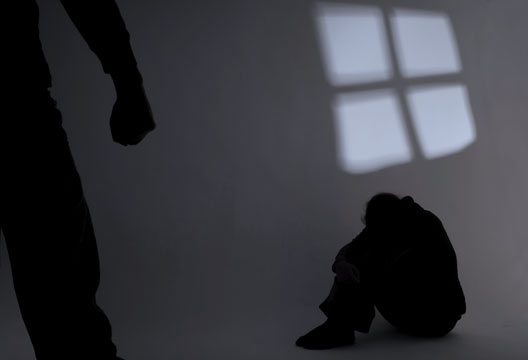 Gender-based violence: When males are Victims (The French case)

“I have been a victim of violence from my wife for about two years now: during arguments, as soon as she feels that she doesn’t have the upper hand she hits me continuously. She hit me in the face one evening because I was tired and I didn’t want to have a sexual relationship’’ said Mr X who preferred to remain anonymous on the website SOS hommes battus -SOS beaten men.

Violence against men is a phenomenon which for some may seem minor or even funny, it is even a taboo subject which many male victims prefer to keep quiet for fear of being laughed at or ridiculed because the stereotype of the “strong dominant man” prevails over the fact that every man has the right to be sensitive, emotional and even weak. Every year, 110,000 men are victims of physical or psychological violence by their spouses in France, according to the National Crime Observatory (OND). Only 5% of them dare to file a complaint. A worrying phenomenon that often worsens with age.

According to the INSEE’s (France statistics agency) 2019 framework survey on living conditions and safety (CVS), more than a quarter – 28% – of victims of self-reported physical and/or sexual domestic violence are men. That is 82,000 victims per year, on average over the period 2011- 2018. In 2018, 12% of victims registered by the police or gendarmerie services were men (according to figures from the Ministerial Statistical Service for Internal Security (SSMI), cited in the letter from the National Observatory of Violence against Women 2019). That is to say, almost 15,000, bearing in mind that men’s propensity to report acts of violence suffered is deemed to be lower, with a lower rate of complaints.

This violence against men can sometimes be the main cause of their aggressive attitude towards women. When these beaten men find themselves in a new home where they have the upper hand, their desire to regain and prove their virility is reflected in their violent attitude towards their partner, who finds herself having to pay the price. The consequences sometimes go beyond simple domestic violence.

Multiple fractures, torn ears, bites on the body… A sixty-five-year-old woman is suspected of having made her hemiplegic husband suffer the worst abuse in their house in Nompatelize. She has been charged and imprisoned. Flore Galaud, Le Figaro, 26 August 2010.

There are very few, if any, structures responsible for treating, advising and defending men who are victims of domestic violence of any kind. Another stereotype is the cause of this: ”It is denied that a woman can be violent” and if she is, too bad it is the husband’s fault. The association SOS Hommes Battues, the only actor in the field in France, has put “its activities on hold” after seven years of existence, as it explains on its website. “The association no longer has the means to undertake anything”, for lack of sufficient budget but also “because it is exhausting to shout in the current vacuum”. Over the years the phenomenon has been growing, but there is still this lack of organization to deal with it. Inequality or justice? Only time will tell.

In the expectation that this violence against men can also be a priority for all organizations fighting for gender equality, it is our duty to recognize this problem, to avoid ridiculing those who suffer from it, but rather to offer them an attentive ear to whom they can turn.