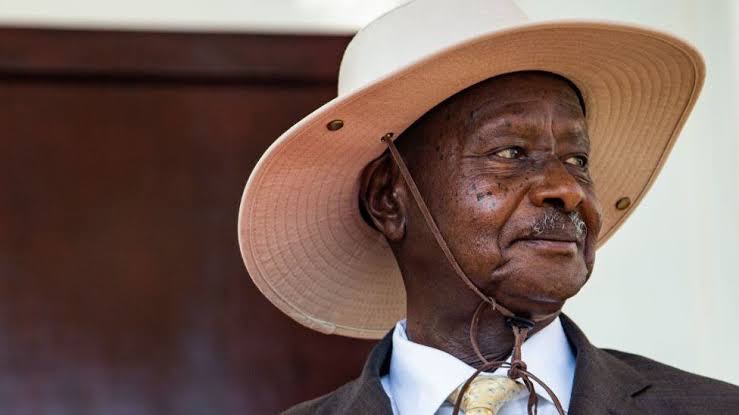 When Yoweri Museveni, President of the Republic of Uganda was sworn into power almost thirty-five years ago, he brought with him a vision of radical change and radical progress which he believed Uganda – a country trampled by the horrors of military rule, human rights abuses, and dictatorship sorely needed.

After overthrowing Ugandan leaders Idi Amin (1971-79), one of the world’s most terrible dictators at the time, and Milton Obote (1980-85), his political challenger who he believed to have rigged the election against him (Museveni used guerrilla warfare and violence), he declared himself President of the Republic in 1986. The words ‘savior’, ‘liberator’, and ‘peace-bringer’ began to be synonymous with his name and image, and slowly, they became the words upon which many young Ugandans were raised.

During the mid to late 90s, the West began to see him like that as well. Museveni was hailed and celebrated as part of a new generation of African leaders. The leaders who had experience and education, and the leaders who would bring peace, change, and development to a continent marred by centuries of abuse, colonialism, and imperialism. They were right. Or at least, to some extent.

Museveni’s presidency made great strides for Uganda and her people. He revitalized the country, providing her first glimpse of political stability in decades. From infrastructure to a growing economy, to affirmative action programs for women and education, he transformed Uganda from a poor dictatorship to a country secure in itself and its vision. He combatted the HIV/AIDS epidemic, making Uganda one of the first African states to have success battling the illness, and even instituted several capitalist reforms, and supported and encouraged free press.

The bill was met with immediate backlash, with civil society organizations recording that eighty-five percent of a sampled population were opposed to the removal of the age limit, with only fifteen percent in support. Law enforcement also began arresting people, including the leader of the opposition Kizza Besigye, for demonstrating and protesting against the bill, thereby infringing on their fundamental human rights. Museveni’s attitude towards criticism, and competition, are what make him a modern-day dictator. From cutting his citizens off from the internet, to charging people who dare cross him with treason, to the arrests, beatings, and deaths of hundreds, one wonders if this former ‘liberator’ has finally settled into his brand new role.

Although he is ‘elected’ each time, corruption and electoral malpractices blemish every election making sure that is not free and fair for his opponent, and that he will come out on top. There has been more news coverage than ever on this particular electoral cycle, because of his opponent – Robert Kyagulanyi, popularly known as Bobi Wine, a Ugandan pop star and member of parliament.

Wine has been arrested, put under house arrest, and brutalized because of his criticism against the Museveni government. His arrest was met with widespread anger and demonstrations around the country, with hundreds dead, and over two thousand incarcerated. The election was once again, like the many before it, scarred by violence, repression, and the destruction of lives and property.

What is ironic, is that when Museveni began his political career, he harbored a deep dislike for leaders who he believed overstayed their welcome. And now he has become one.

When we talk about propelling vision towards action, we talk about, at least in my personal opinion, fighting for change and what we believe in and making it a reality. Africa has had many terrible leaders in the past, and will continue to have many in the future. But if we have a vision of change and development of the African continent, we can achieve it by taking action. Whether it be by electing people who are actually worthy to hold power and the lives of millions in their palms, or chasing out those who choose to wreak havoc.

Yoweri Museveni was sworn into the presidency for the sixth time on May 12, 2021, for another seven years. He will be leaving power at age eighty-three, with the blood of thousands on his hands from 1986 until now. Will the sixth time be the charm? Will this be the term he finally relinquishes power, for the new generation that will take both Uganda and Africa, to new heights? That is a question only he has the answer to.